I traveled to Peru and verified the following: it is one of the destinations in Latin America that you cannot miss , it is a country where you will upload more than a kilo for its delicious food, the Inca empire has been one of the most brilliant civilizations in the history, Machu Picchu is more imposing than what is seen in the photographs, the Peruvians eat guinea pig (whose) and it is a highly valued dish, posing next to a llama or alpaca is a must, but you must be careful because if they feel attacked they spit and their saliva is so powerful that it stains your skin for life. Oh yes, all this and more I learned! And they are so many that you definitely need a guide to the things and activities to do in Peru.

A country that undoubtedly gave me an unforgettable trip and that allowed me to discover its impressive biodiversity surrounded by sea, desert, jungle, islands, mountains, etc. During my journey I stepped on the places that I list below and that are essential for your itinerary. #Tip: there are many direct flight options at very affordable prices.

A stop of a minimum of two days in the renowned gastronomic capital of America is mandatory. I had to go within the framework of Mistura, the International Gastronomic Fair of Lima and the most important in Latin America that is organized annually. There I met more than one dish that is eaten in many departments (states) of the country and that it is also possible to taste in restaurants in the city such as: Peruvian ceviche, cuy (whose preparations in different modalities), anticuchos (beef hearts), cause (yellow potatoes made in pure and stuffed with seafood or tuna), pork to the Chinese box or to the cylinder (juicy pork or chicken with crispy crust prepared on charcoal), etc. 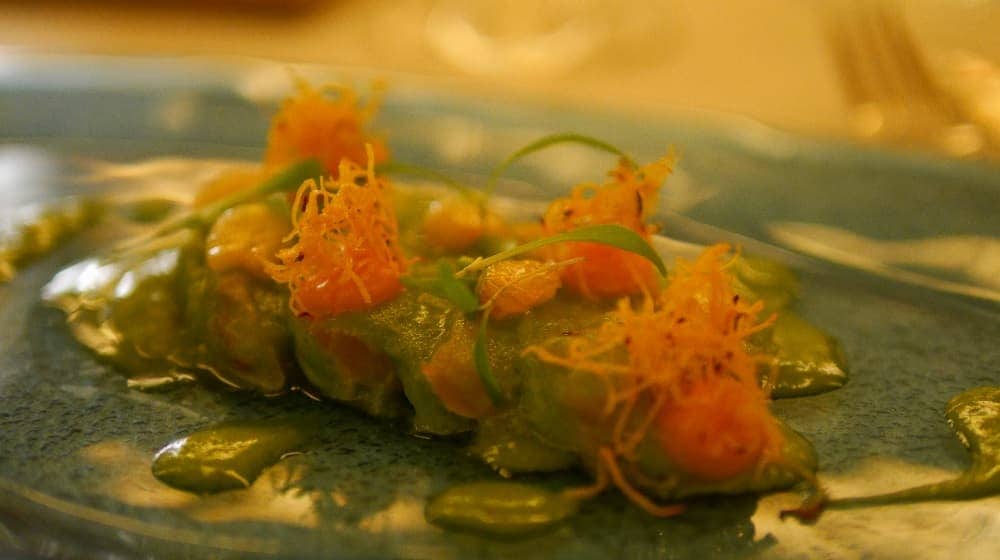 It is in Lima where some of the most recognized restaurants worldwide are found, such as: Central, famous for being number one in the award of the 50 Best Restaurants in Latin America; Astrid & Gastón where it is possible to taste in a gourmet menu of up to 14 times, representative dishes of Peru such as guinea pig and even the hedgehog. Finally Sonia, the place where I ate the best Peruvian ceviche accompanied by the delicious milk of tiger (lemon and fish juice), corn and sweet potatoes.

I did a gastronomic bike tour with the company Huarique Bike. A tour that, in addition to being rich, seemed dynamic and very different because, along with good eating, I got to know Lima. On the way, they take you to Chinito, a super traditional “sanguichería” where pork is prepared in many varieties and served as a cake – as a dressing they offer you the already named tiger’s milk. They also took me to the Municipal Market where I met the fruits, vegetables, the freshness of their seafood and the great variety of potatoes they have.

There are many lodging options in Lima, but I suggest the Casa Andina hotel because it is in the Miraflores district, one of the most central neighborhoods in the city.

One of the coolest experiences in Peru is traveling to Paracas, a paradise located in the Ica department on the Central Coast – just over five hours from Lima.

In this beach and desert destination there are some hotels such as Aranwa Paracas Resort & Spa , located on the seashore and recommended for having a huge pool, a high-level spa and delicious food. From the hotel dock or from the Paracas marina, boats leave to take you to the Ballestas Islands, one of the most impressive natural beauties of Peru thanks to its thousands of birds of the Guanay, Peruvian and booby species that fly over the area. On this site you can admire the Humboldt penguin and the sea lions. 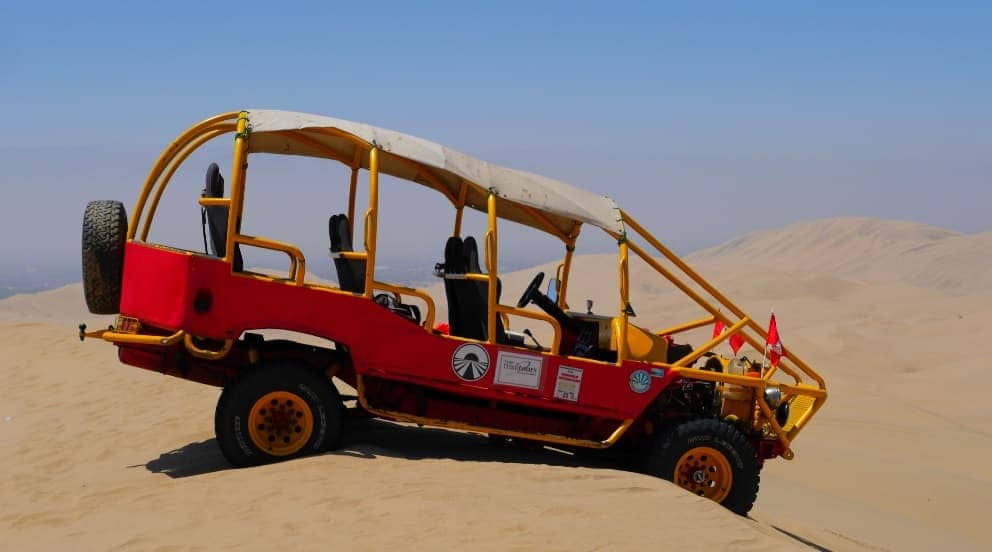 I lived the adventure of Paracas in its desert in tubulars (light and special cars for sand) that made the function of a roller coaster that at full speed go up and down dunes up to 150 meters high, it’s mega fun! The tour is offered by the Adrenarena company and they have different packages such as the one I experienced called magical sunset that consists of living this emotion through the dunes at full speed and finally seeing the sunset in the desert while you sip cocktails in a bamboo cabin.

This place out of a fairy tale and located in the middle of the Peruvian Andes, is the gateway to Machu Picchu since it is here where flights from Lima arrive. This enigmatic valley of 3,400 meters of altitude is made up of a peculiar mix of walls with smooth stones laid by the Incas and by the mix of colonial buildings imposed by the Spanish. Its baroque churches, tile-roofed houses, street markets, colonial buildings and bars make this town a place with a lot of personality.

The best thing to know Cusco is to walk through its cobbled streets, through the imposing Plaza de Armas where women of different ethnic groups gather who take their alpacas or llamas for travelers to take a photo, enter restaurants such as Inka Grill to taste dishes typical of the region, get to know its immense San Pedro Market where if you are lucky, on weekends they can read you the future in coca leaves and tour archaeological areas such as Coricancha.

Its range of hotels is very wide and I definitely suggest the hotel where I stayed called Aranwa Cusco Boutique, which in addition to being a colonial-style mansion, has surprising technological advances such as underfloor heating (with heater), oxygen in the rooms -necessary by the height of the town- and hydromassage showers.

Huacachina is an oasis located five kilometers west of the Peruvian city of Ica, in the middle of the Pacific coastal desert. Its magic catches anyone because it is an emerald green water lagoon that is right in the middle of a desert with dunes over 200 meters high. The site is a visual delight that emerged due to the outcrop of underground currents.

The adventure that I experienced and I suggest, is to climb tubulars that allow you to cross the desert and cross very high dunes, and then practice sandboarding and glide in the sand at full speed. The father is that you throw yourself lying face down on planks from very large sand formations and enjoy the vastness of the desert from another perspective. Once you live the adventure, the tubulars take you to a high part of some dunes to admire the oasis and from above, see its abundant vegetation made up of palm trees.

#Tip: The service provider that offers the tour is called Chuty Tour and has excellent guides.

In the list of things to do in Peru it is mandatory to visit Machu Pichhu , a word that in Quechua means: old mountain. Although in a next post I will give you many details of this ancient Inca city surrounded by mountains with dimensions hard to believe, I would like to point out that the majesty seen in the photos does not do justice to so much beauty.

This site built by the Incas is a true masterpiece of architecture built between 1200 and 1300 AD and is also one of the 7 wonders of the modern world. It was discovered by the American explorer Hiram Bingham and although it is one of the most expensive archaeological sites in the world, it receives two million visitors annually! The reason? It is a true Inca jewel built harmoniously between the mountains of Machu Picchu and Huayna Picchu where hiking is also practiced. Do you want to know more? Don’t miss my next collaboration.