Among your goals this year is to travel more? So, you came to the right place. We took on the task of analyzing our statistics and, based on what we found, we created a list of the best places to travel in 2020, both within Mexico and in other countries around the world.

According to the demand for hotels and flights on Expedia.mx during 2019, compared to the same period in 2018, these are the fastest growing national destinations : 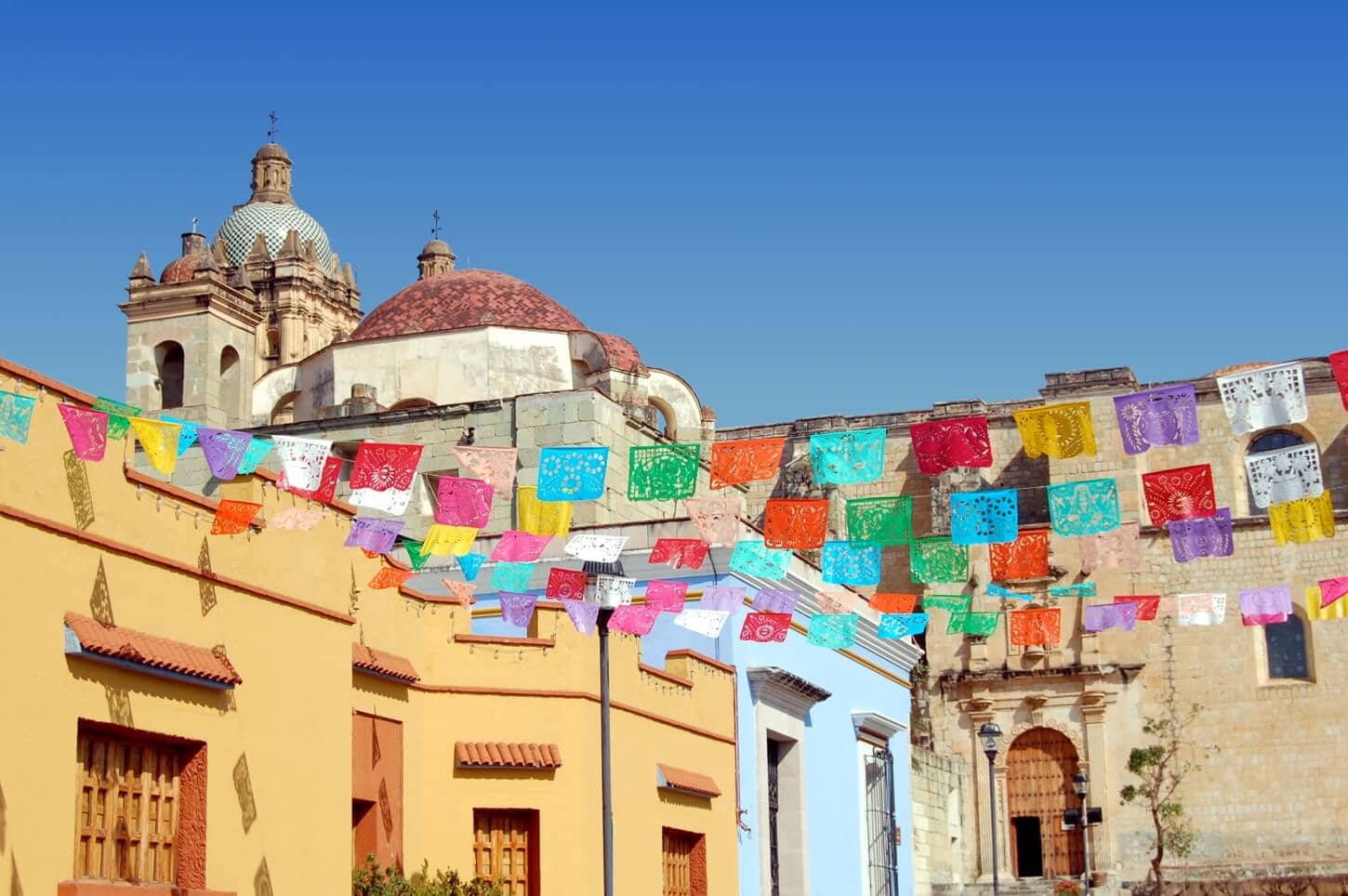 With a growth of 108%, Oaxaca is undoubtedly one of the trendy destinations in Mexico. Thanks to its delicious gastronomy, its historical sites and its traditions that have remained intact through the years, this city is now among the favorites of Mexicans and foreign tourism. If you want to soak up the best of its culture, we suggest visiting it during the Guelaguetza festival or for the Day of the Dead , which are times when its streets are full of colors and good vibes.

When you travel to Oaxaca, remember to try their typical dishes, such as:

As for the activities, you can write down on your itinerary a visit to the Temple of Santo Domingo , walk along the main walker of the historic center and lose yourself among the craft stalls of the markets. Wanting to enjoy a tour during the day? Escape to the archaeological zone of Monte Albán , to the old city of Mitla , to the petrified waterfall of Hierve El Agua or to Santa María del Tule , where the famous ahuehuete is located, more than 2,000 years old. 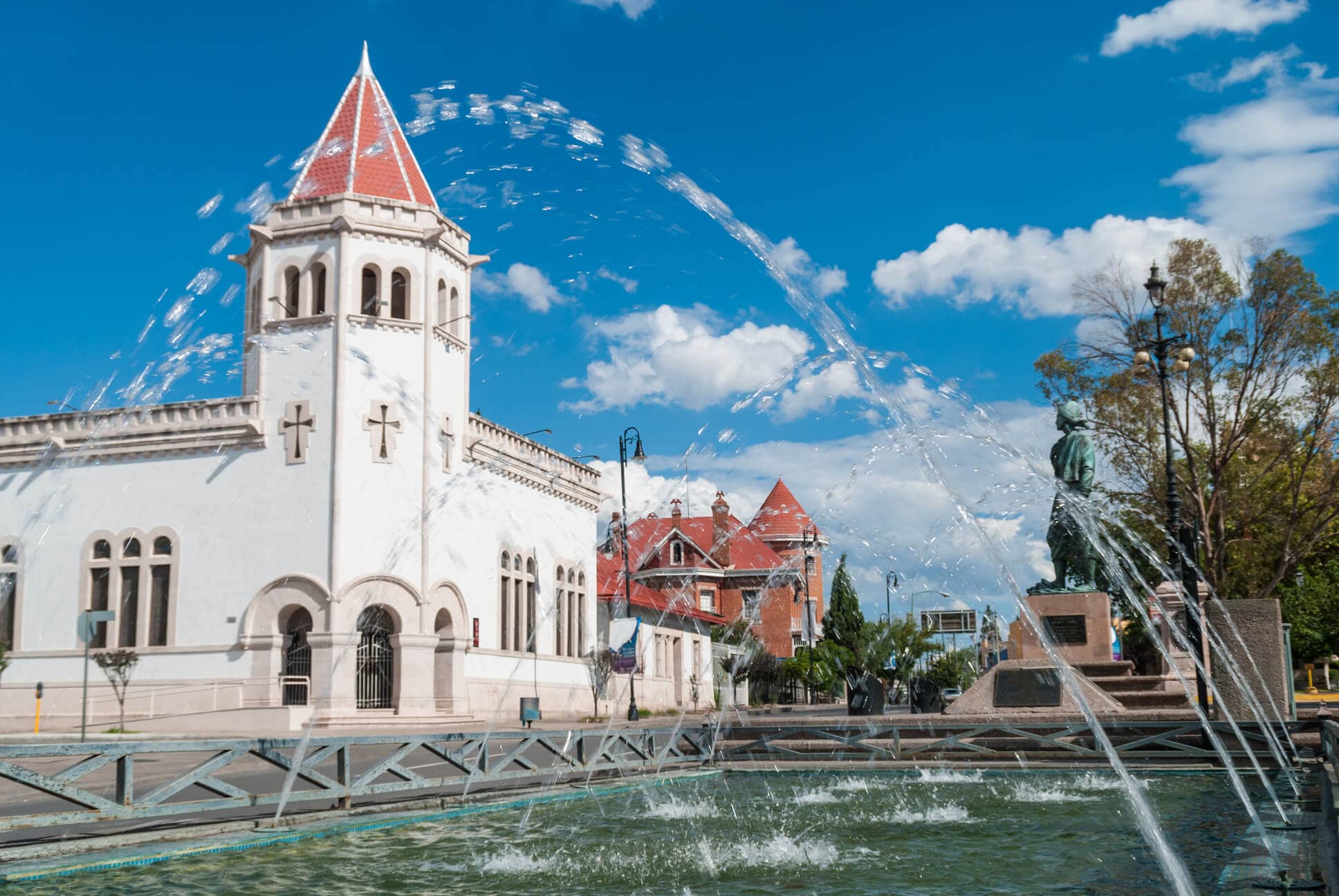 The capital of the homonymous state is not far behind, since it had an 88% increase in the interest of people who travel. Chihuahua is one of the cheapest tourist destinations in Mexico and also one of the most complete, since it offers historical, cultural and natural attractions. You can take the Plaza de Armas as a starting point to get to know the city, from its cathedral and Libertad street to the Museum of the Revolution , where General Francisco Villa used to live.

Another of its attractions is the Calabozo de Hidalgo Museum , in which the so-called Father of the Fatherland remained captive from April to July 1811 until its execution. Wanting to continue walking? Visit the Quinta Gameros , one of the best examples of Mexico’s art noveau mansions, or the Grutas Nombre de Dios , in the northeast area of ​​the city.

Chepe departs from the city of Chihuahua, a train that travels 653 km between the impressive landscapes of the Copper Canyon and the fascinating Magical Towns of the Sierra Tarahumara, such as Creel and Bahuichivo. 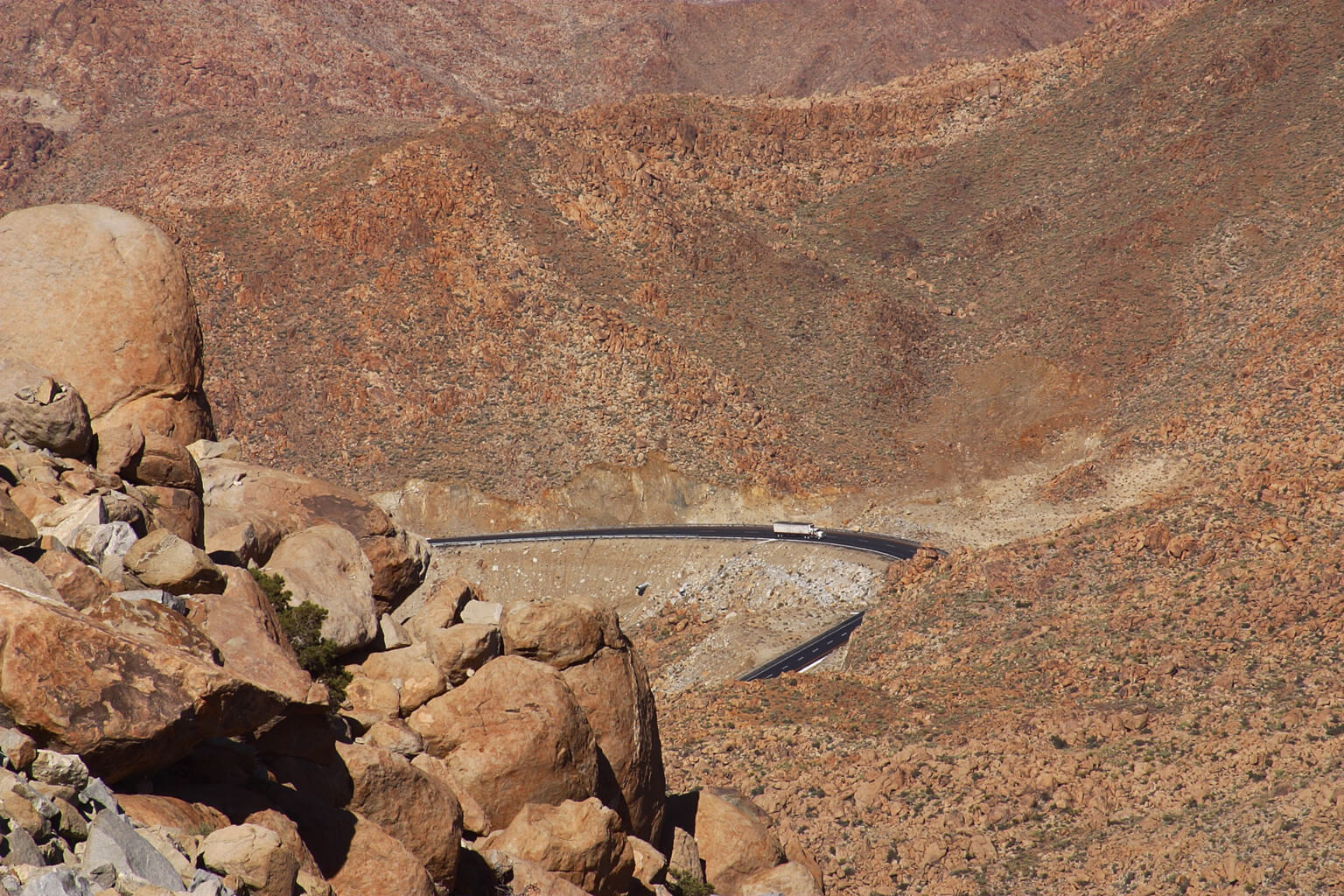 Although this city is attractive on its own thanks to its cultural venues, its surroundings have several interesting options ideal for your 2020 vacation if you are a lover of outdoor activities. Here are some of them:

Did you know that Mexicali has one of the most important Chinese communities in Mexico? Visit the area known as La Chinesca , where you will find, above all, restaurants with exquisite gastronomy typical of that Asian region. Come and visit this city whose growth in tourist interest was 75%.

On the border with Guatemala and with a 75% increase in tourism interest, Tapachula is one of the rough diamonds of Chiapas and an alternative to San Cristóbal de las Casas or Palenque. The heart of the city is the Miguel Hidalgo Central Park , which is usually enlivened to the rhythm of the traditional marimba. If you are a fan of history, the Museo del Soconusco is a good option for a walk to delve into the region’s pre-Hispanic past.

As in Mexicali, in the surroundings of Tapachula you will find excellent places to visit on vacation. Some of them are:

The Nayarian capital is one of the new destinations that you can include in your list of purposes for this 2020. Tepic stands out for being the birthplace of Juan Escutia, one of the Niños Héroes who defended the Chapultepec Castle with his life during the North American intervention on 13 September 1847. If you are interested in this chapter of history, visit the Juan Escutia House Museum and learn more about the life of the cadet famous for throwing himself wrapped in the national flag.

Author of works such as “The Beloved Immobile”, “Mystics” and Black Pearls “, the poet Amado Nervo also has a museum dedicated to him. He is in the house where he was born in 1870, in the center of Tepic.

Other places to see are: 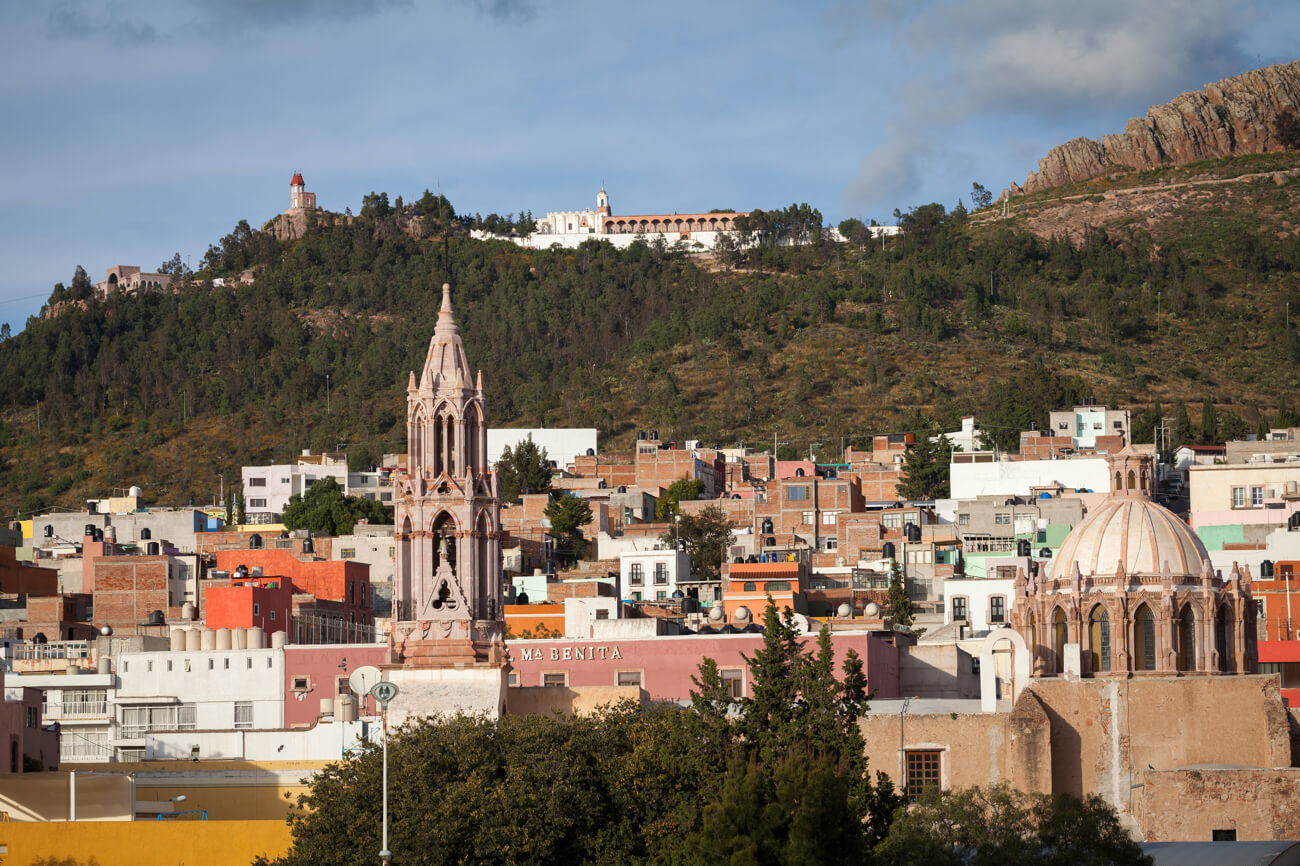 Built with pink quarry, Zacatecas is one of the most beautiful colonial cities in all of Mexico. In its landscape the Cerro de la Bufa stands out , which you can reach through the cable car while appreciating a nice view of the historic center. Without a doubt, the El Edén Mine is a must stop if you want to know more about this activity that is so relevant in the destination.

During your walk through Zacatecas, visit the cathedral and other architectural jewels, such as its museums and the Calderón Theater. Forget the diet, because here you will eat delicious dishes, including enchiladas, poisoned tacos and gorditas, to name a few. Zacatecas recommend going to Las Quince Letras , the oldest canteen in the city, as well as Los Dorados de Villa , one of the best local restaurants.

Near the city of Zacatecas there are also several places to visit. They highlight:

Zacatecas popularity among tourists increased 66% in 2019. 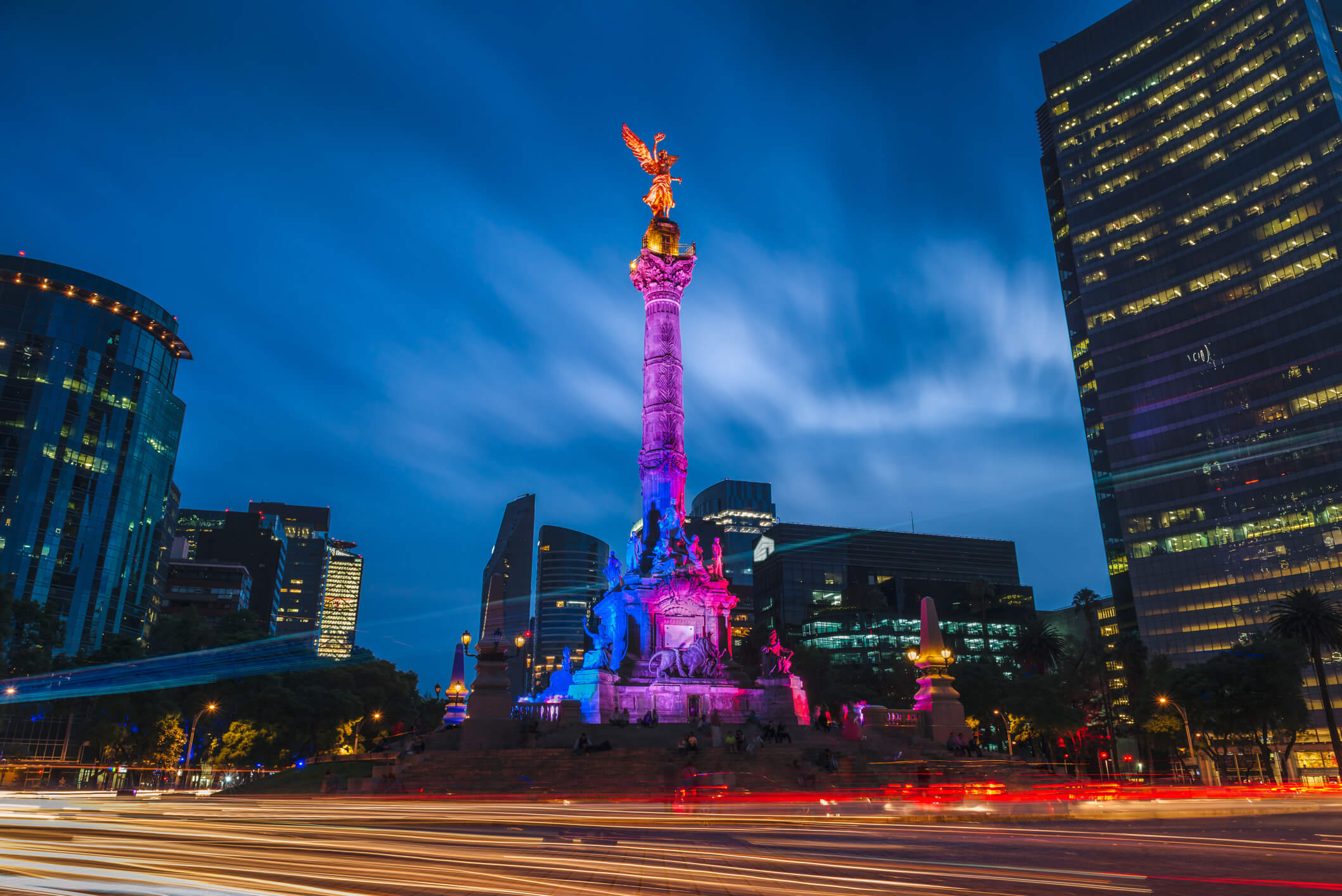 With a growth of 65%, Mexico City is one of the places to travel to in 2020. Although this great metropolis does not need a letter of introduction, it never hurts to highlight its modern avenues and shopping centers, its museums and its historic center . There is also its gastronomy, which ranges from a delicious guajolota outside the metro station to the finest dish in an elegant restaurant, without forgetting the interesting proposals of the Roma, Condesa and Polanco neighborhoods.

If you travel as a family, the little ones will be fascinated by Six Flags Mexico and the exhibitions of the Papalote Museo del Niño . Cultural tourism is one of the most important in the Mexican capital thanks to sites such as the National Museum of Anthropology , the Chapultepec Castle and the Museo del Templo Mayor, in the Zócalo area. Without a doubt, CDMX is a very versatile destination with something for all tastes.

If you like shopping, include León in your trips for 2020, whose growth in tourist interest was 63% in 2019. This city, the most important and populated in the state of Guanajuato, has a large production of footwear and leather products. Visit its shopping malls, such as Plaza del Zapato and Calza Mulza Outlet , among many other stores in the so-called Skin Zone, in the vicinity of the bus station. Take the opportunity to walk through the center, take photos in the Arco de La Calzada and visit the Expiatory Temple , one of the most impressive Catholic precincts in the country.

Approximately one hour away is the city of Guanajuato, declared a World Heritage Site by Unesco and perfect to escape one day during your vacation in León. Other nearby attractions are Cerro del Cubilete, about 50 km, and San Miguel de Allende, 170 km.

Due to its good climate and affordable prices, this destination is perfect to visit in any season. However, there are two unmissable celebrations: 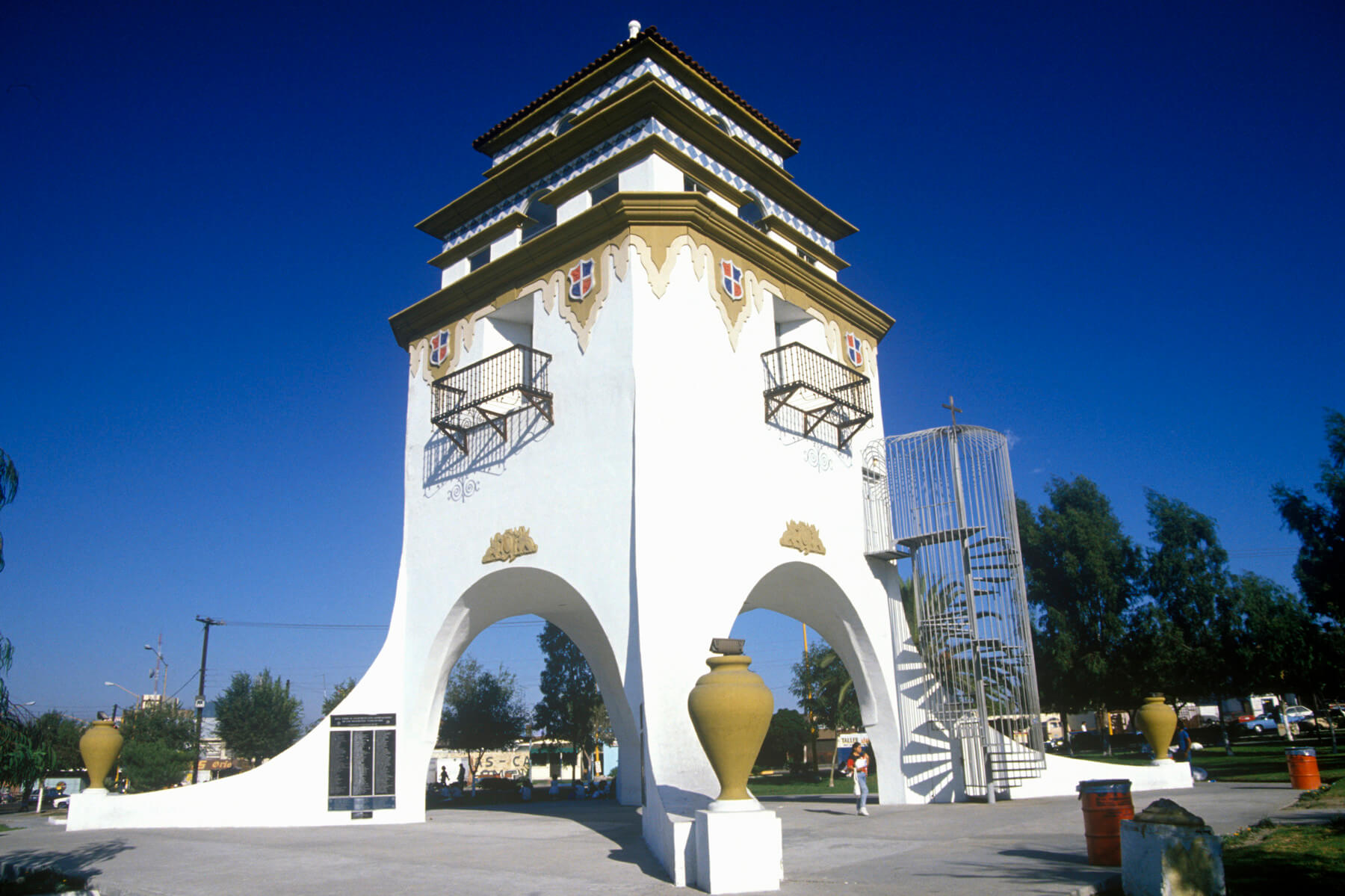 On the northern border, Tijuana had a tourist growth of 55%. This city offers a lot of fun and nightlife, mainly on Avenida Revolución , where there is a wide variety of bars and restaurants. In addition, here you will find an interesting mix between Mexican culture and American culture.

If you travel to Tijuana, remember to bring your immigration documents and go shopping to San Diego , in the United States. You can also escape to the beaches of Rosarito or to the vineyards of the Valle de Guadalupe area .

Of course, we cannot fail to mention the world’s fastest growing destinations in the past year. We list them below: 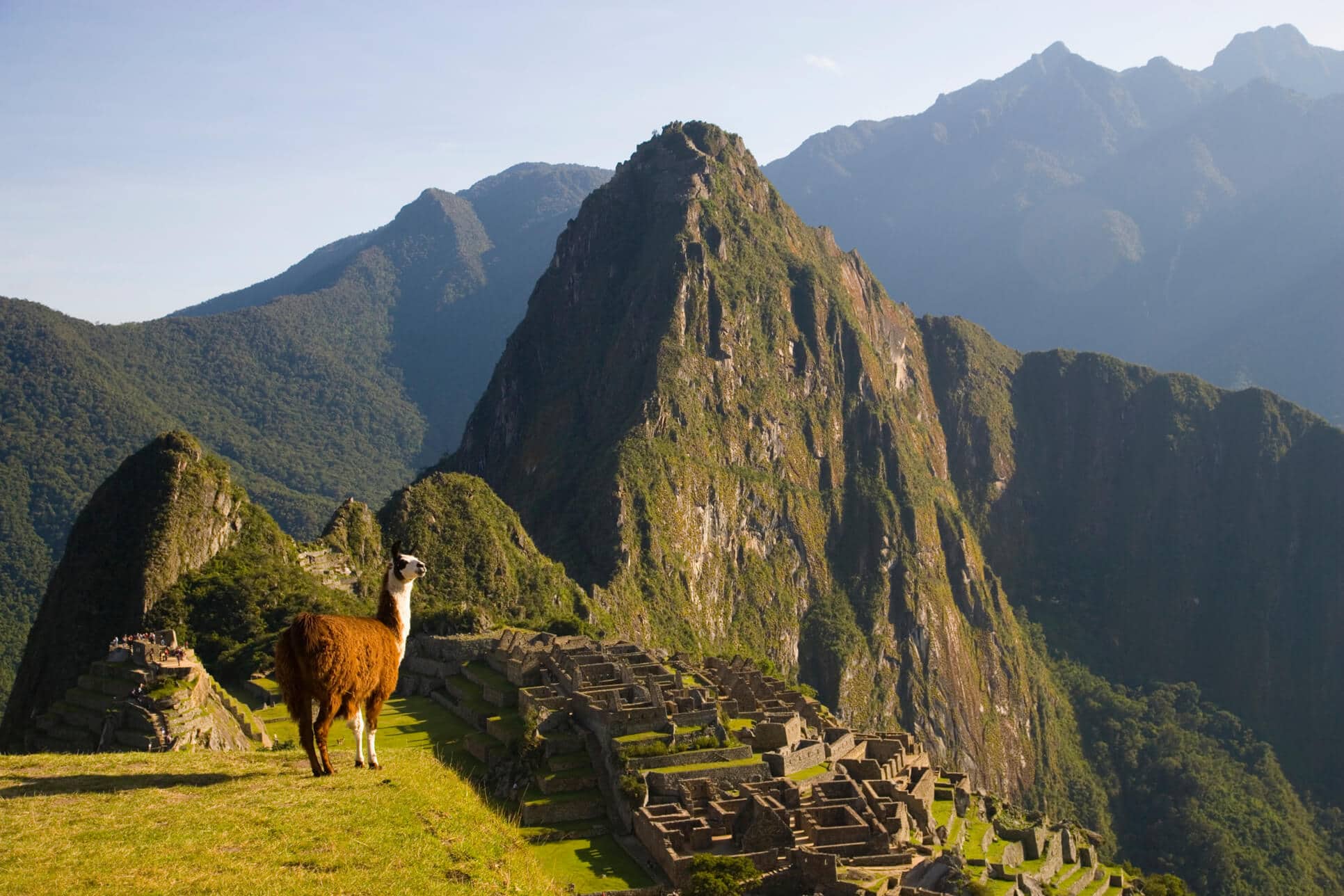 The interest of Mexicans to go to Machu Picchu continues to increase and in 2019 it grew by 391%. Due to its architectural beauty and its communication with the mystical Inca city, Cusco is one of the most popular destinations in Peru. We recommend you to know its main tourist attractions, such as: 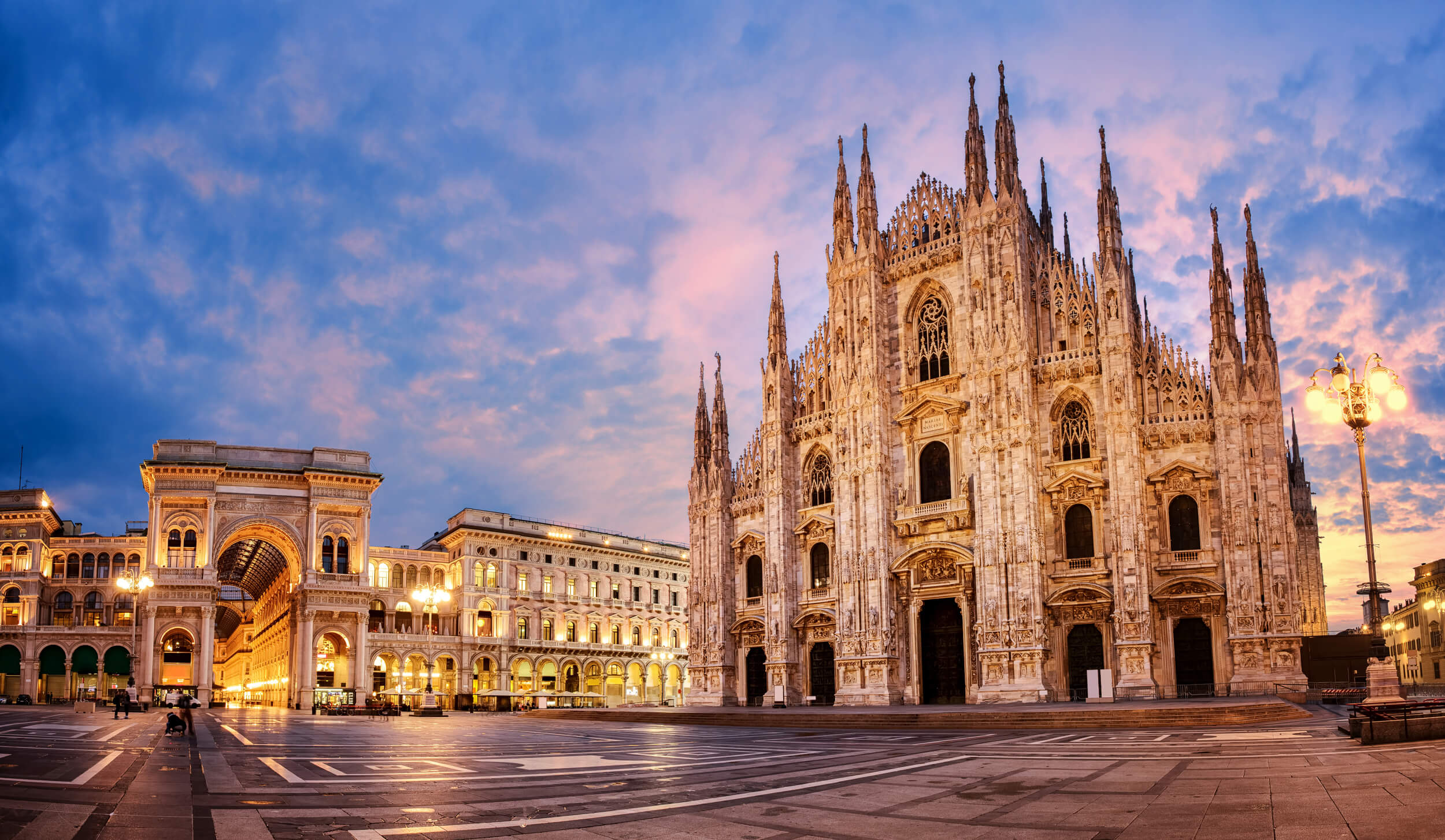 The city of Milan is not only one of the fashion capitals of the world, but also a tourist destination full of history and cultural venues. Did you know that in this Italian city is the fresco of ” The Last Supper ” by the immortal Leonardo Da Vinci? You can see it in the Convent of Santa Maria delle Grazie, only you must book in advance because the capacity is limited.

Without a doubt, Milan is one of the best places in the world to visit thanks to its attractions, among which are: 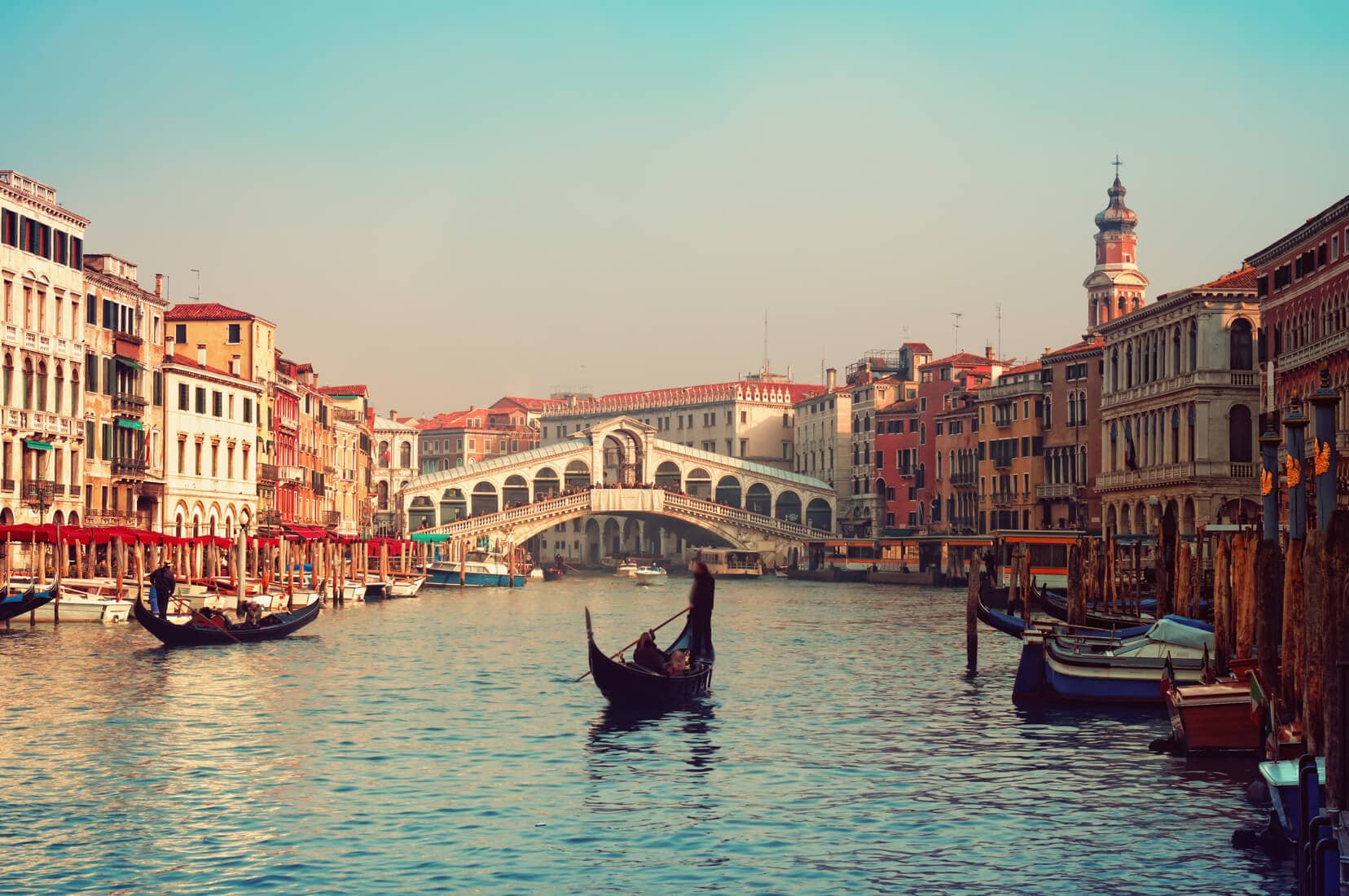 In short, Venice is among the main destinations internationally and is a must stop among those who decide to travel the world. You will fall in love with its canals, the beautiful architecture of Piazza San Marco and the interesting history of the Doge’s Palace. Among the activities to carry out in this city are: 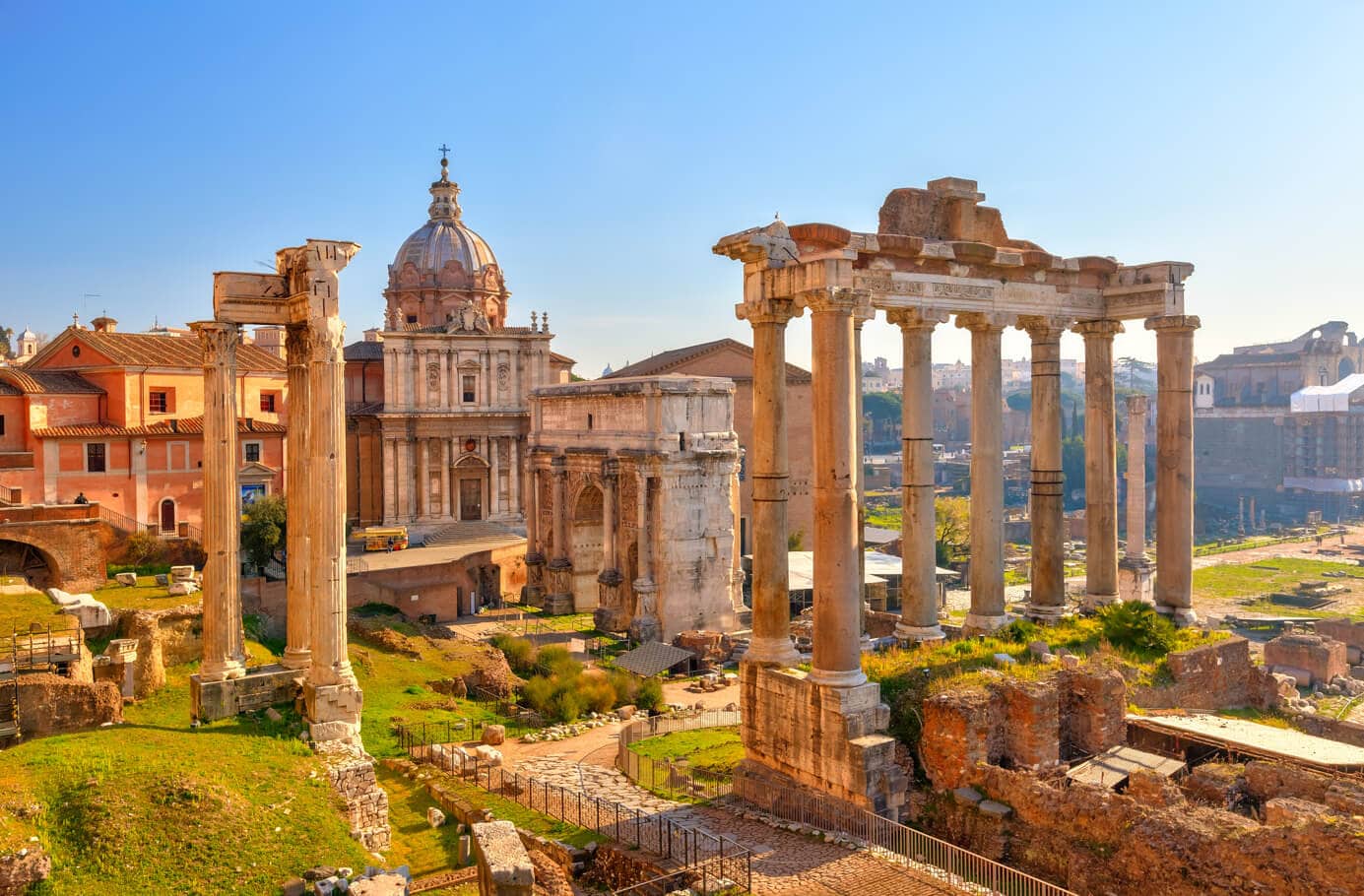 For its architecture, its history and, of course, its delicious food, Rome could not be missing from the list of the best places in the world to visit in 2020. And the thing is that the so-called “Eternal City” never goes out of style, as evidenced by the 144% increase it had in the preference of Mexican tourists. If there is something that we can highly recommend, it is choosing one of the restaurants located in front of the Roman Coliseum , and enjoying a good pizza and a glass of wine while admiring the beauty of this wonder.

In Rome, you cannot stop:

Additional tip! Reserve your entrance to the Colosseum in advance, as they usually make very long lines even in low season. 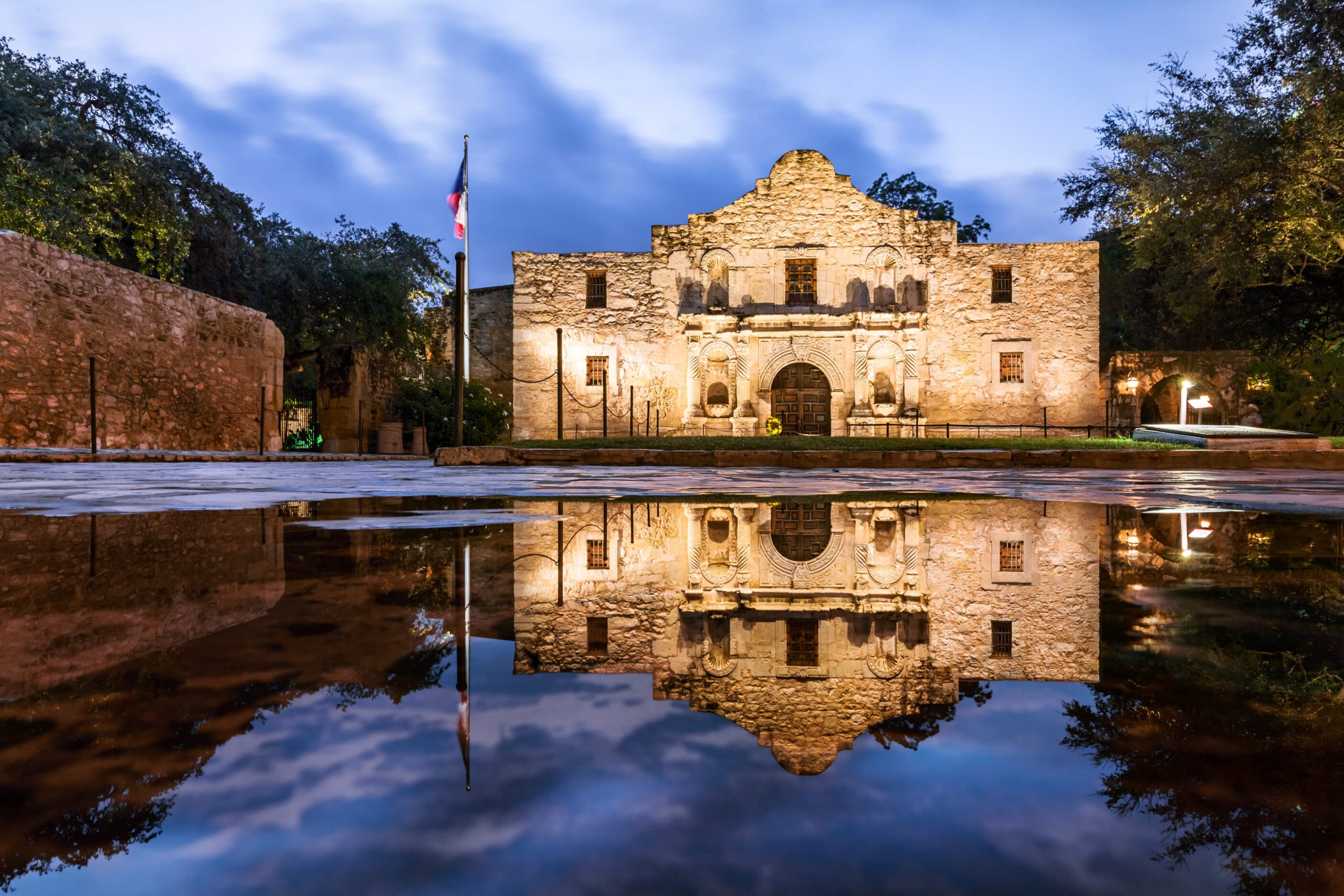 The Texmex culture is the main charm of San Antonio , the seventh most populous city in the United States and whose popularity among Mexicans rose by 130%. Due to its Spanish missions, its theme parks and its entertainment options for all ages, this city is the most visited tourist destination in the state of Texas.

The main attractions of San Antonio are:

Do you plan to travel in 2020? We hope this list inspires you to start planning your vacation as soon as possible. Remember to buy your flights in advance and book in a package , so that you save and make the most of your budget.